Michael Costello designed one of the most glamorous collections I had seen during the entire fashion week. The past Project Runway contestant sent flowing gowns, Hollywood-esque sequined pantsuits, other elegant red carpet worthy looks all floated down the runway at Pier 59.  Each model entering the horse-shoe shaped catwalk was a “wow” piece—it was truly gorgeous!

Leanne Marshall, Project Runway season 5 winner, put on a gorgeous bridal show at Helen Mills on Sunday afternoon. The air was freezing cold and snow was fresh on the ground, yet the crowd still trekked into the venue ready to see a beautiful line of bridalwear.

For all of you that are engaged (or Pinterest-ing your future wedding anyway!) Leanne put on quite the show. Her effortless, laidback glamour style shone through exponentially. Each dress floated down the runway with ease and grace. Want to look like a princess on your special day? This is the line for you. The true showstopper was the final look: the flowing, blush pink gown. Just breathtaking. 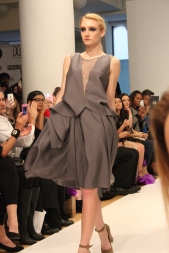 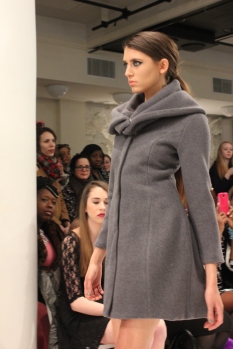 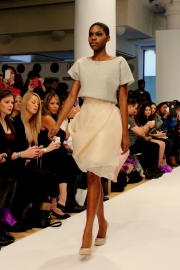 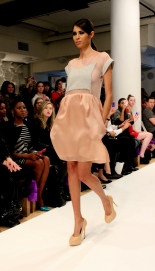 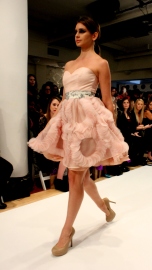 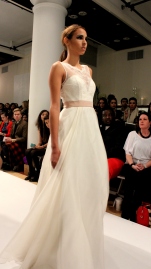 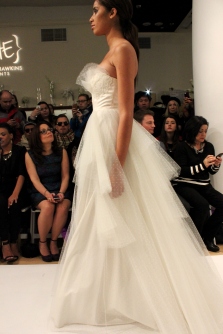 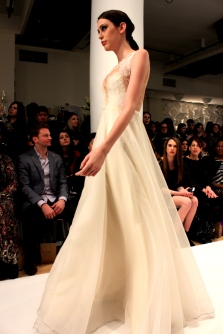 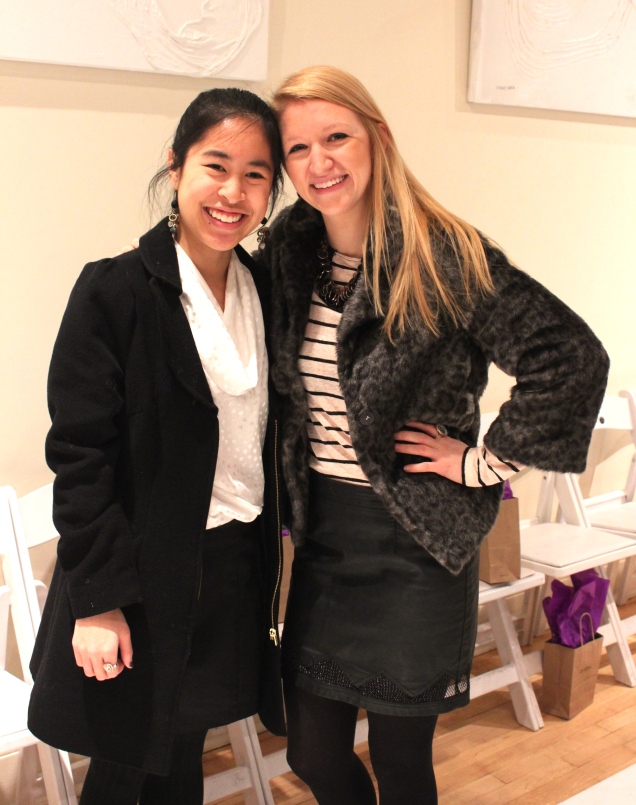 Fun fact: sitting in the audience, one of the Baldwin brothers was checking out the show. You can spot him in the background of a few pictures– think of it as a Where’s Waldo? Baldwin edition. Can you spot him?  I also bumped into my friend Brittany from Chic Galleria, so we took advantage of the photo op together! xoxo 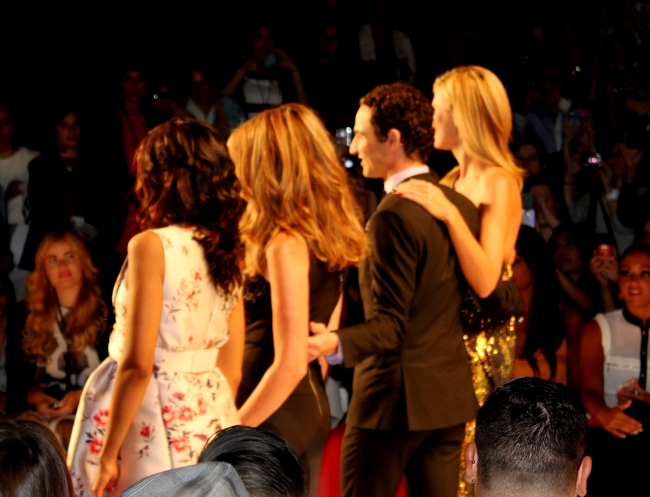 cky me! I was able to go to the Project Runway finale at Mercedes-Benz Fashion Week. To kickstart the event, Nina Garcia, Heidi Klum, Zac Posen, and Kerry Washington walked out from behind the Project Runway traditional backdrop and walked the runway side by side to take photos for the photo pit. Laughing, smiling amongst each other and casually talking to the crowd thanking us for being there—and of course, bringing up the fact that they’ve once again been nominated for the Emmy Awards. Heidi Klum, as the ringleader of the group, was ready to start the show. But of course, she had to get Tim Gunn to make a quick appearance. They hugged, kissed, and Tim scurried backstage to help the contestants that were “an absolute wreck” from nerves.

Because the season isn’t far enough in to tell us who has made it to the final challenge—PR showed more than 4 designers at the Lincoln Center. Now, not all will be shown on TV (most likely not, at least) but they most likely showed more designers so as not to spoil the surprise when it airs. At this point, we can only make predictions, but nothing 100% accurate.  After watching 7 designers present—there were clearly lines better than others. It’ll be interesting to see who wins! Who do you think made it to the finale?